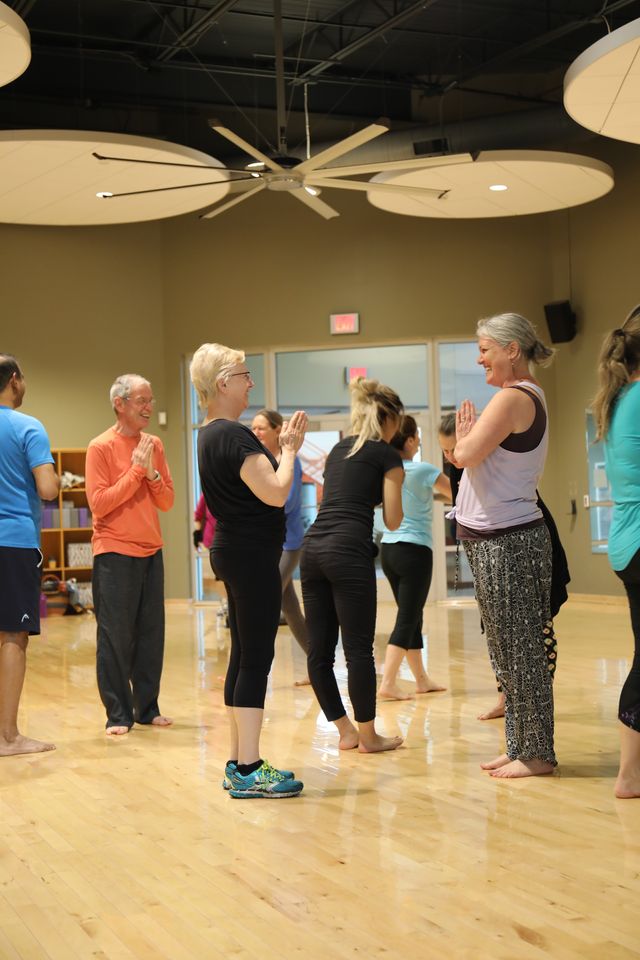 Basic learning course is a one day experiential workshop where participants get a basic knowledge about Laughter Yoga and how it works as well as learn about the immeasurable benefits it provides for the body and mind.

You will experience a Laughter Yoga session and Laughter Meditation and discover how to get involved in Laughter Yoga and its different practices. You will also learn to laugh all by yourself and get some practical ideas on how to bring more laughter into your life!

This is a great option for businesses that want to bring more levity to their work communities! 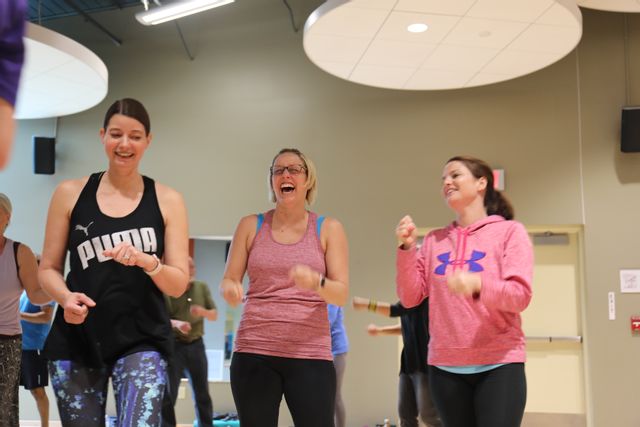 WHY would I take a CERTIFIED LAUGHTER YOGA LEADER TRAINING?

This uplifting training offers many opportunities to increase your leadership skills and self-confidence along with increasing your Joy!   You will practice basic facilitation skills of  how to lead a laughter session for everybody  (Laughter Yoga social clubs, corporate organizations, seniors, school children and people with special needs), learn the history, concepts, and philosophy of Laughter Yoga as taught through Laughter Yoga University/International, as well as gain insight into the health and wellness benefits to be had by all when partaking in such levity in life.

AND WELL, because it’s awesome to have joy in your life AND to spread it around!

How will my life be enriched by this experience?...

* You will become more aware as to how you can bring more laughter into your life.

*This is supportive of awakening the best in the human spirit.

*You may increase your self-confidence, and apply more of  your creativity and self-expression to what you offer

*You will discover many amazing health benefits of laughter and yogic breathing.

*You will learn more about the science supporting the practice of intentional laughter.

*You will be offered the opportunity to find self- reflection and growth through light-heartedness.

*You will be connected to and supported by Laughter Yoga University International.

*You will be exposed to experiencing the joy in leading  Laughter Yoga Sessions, meditations, and more and how to share that enjoyment in any group or organization.

and much, much more…

You will receive, upon satisfactory completion of this training, a certificate and registration with Laughter Yoga University International. 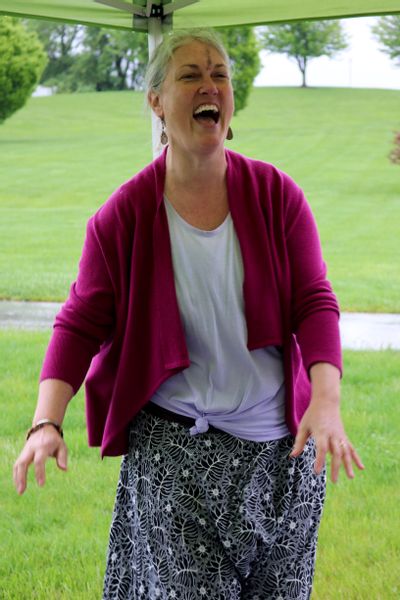 What is Laughter Yoga Coaching?

LY coaching is a commitment and partnership between the coach and students where the coach supports and inspires the students to implement knowledge, skills, and experience into their personal environments.  It opens participants to receive multiple health benefits and to become a part of the worldwide Laughter Yoga community, whose endeavor is to expand world peace!

This format includes one group session every week for six to eight weeks interspersed with a person’s own practice, and availability of a coach. This option enables people to learn Laughter Yoga exercises and inspiration in a group setting (3-6 people, though groups can be larger) from a certified laughter professional.

This is also a great opportunity to be used within a workplace setting with a group of managers/supervisors/team leaders or within any other team setting.

This is a valuable path for those who want to learn Laughter Yoga for personal development and to bring more laughter into their lives.

Article from Yoga Journal after the author took a Laughter Yoga training with Dr. Kataria, MD

I can't help but feel a little ridiculous, laughing my way around a room full of strangers. As I gaze into each person's eyes, I try to figure out if they are really laughing or, like me, just faking it. I think I catch a knowing, are-we-really-doing-this? glance from one woman. But after a few minutes, many of my classmates seem to be genuinely laughing. One woman, Lucia Mejia, is practically rolling on the floor during some of the exercises, her body convulsed with laughter.

"I've never laughed like that," Mejia says later. A nurse from Southern California, she had impulsively signed up for the workshop after attending a lecture by Kataria the previous evening. "That night was a breakthrough, a life-transforming experience for me," she says. Mejia, who was traumatized as a child, says she had developed a defensive approach to the world. "People would ask me, 'Why are you so angry?' It was like I had a mask on. Laughter Yoga broke through my body's memories, to the point where my facial expressions changed."

Jeffrey Briar, a boyish-looking man with an infectious giggle, says Laughter Yoga changed his life, too. He became certified to teach it in 2005 and founded a club that now meets daily in Laguna Beach, California. Though he has taught yoga for 33 years and has been trained in Ashtanga, Kundalini, Iyengar, Sivananda, and Integral Yoga, he says, "I've never been this enthusiastic about any technique."

"I can laugh myself out of stress in as little as 20 seconds," he says, and then demonstrates with an uproarious cackle.

In addition to leading and attending daily Laughter Yoga sessions, Briar says he uses the techniques throughout the day to relieve tension. If he's sitting in traffic or feeling upset, he'll laugh. "I can laugh myself out of stress in as little as 20 seconds," he says, and then demonstrates with an uproarious cackle.

In my two days of Laughter Yoga sessions, I never quite reach the point where my laughter "flows like a fountain from deep within," as Kataria promised the first day. But I do get quite a workout. By the end of the second day, my belly aches from my exertions.

A few weeks after the training I'm in my car, driving my 12-year-old son, Dashiell, home from fencing class. It's been a stressful day of deadlines, traffic jams, and nearly missed appointments, and when he says something annoying I'm tempted to snap at him. Instead, I throw my head back and let out a big laugh that reverberates deep in my belly.

"Laughter Yoga?" he asks with a smile. I nod my head and shoot him a big grin.

Who can do these courses?

ANYONE! Laughter Yoga adds value to the following professionals...

and ANYONE who wants to add laughter and joy to their life.

Ready to Bring on More Joy?